The best designers in the state recently gathered for AIGA Nebraska’s Show, to showcase and appreciate the year’s best design work.

This logo mark gave Vis Major Brewing a refined identity at launch. Wheat and hops symbolize the variables of their chemistry and the stained glass-like line work tells their story. The logo earned a silver award. 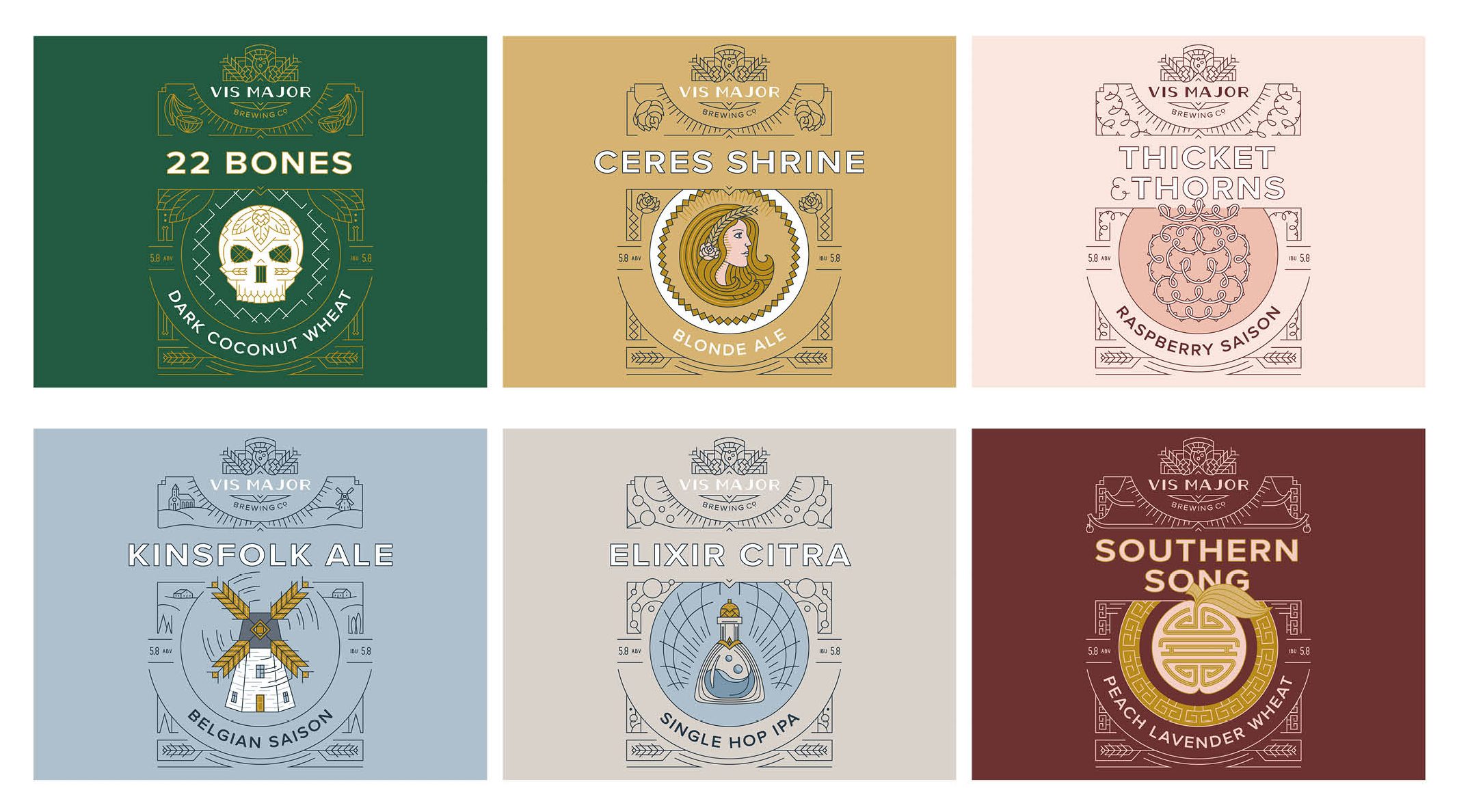 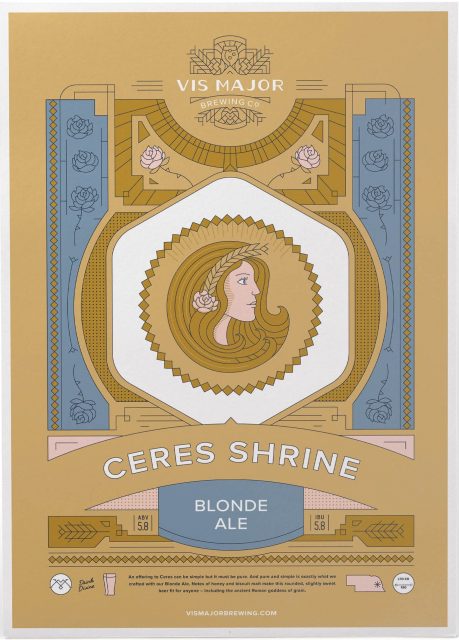 Created for Vis Major Brewing at its launch, this poster was designed to visualize the name and mythological backstory of Vis Major’s ‘Ceres Shrine Blonde Ale.’ The poster earned a gold award.

In addition, The Ervin & Smith creative team earned a design award for their work with Pink Gorilla Events and the Market to Market® Relay:

For the 10th anniversary of the Market to Market Relay, event organizers commissioned a special race-themed beer. The can’s design celebrates the racecourse from Omaha to Lincoln. When stacked, the illustration continues from one can to the next. The packaging design earned a bronze award.

Go back to News