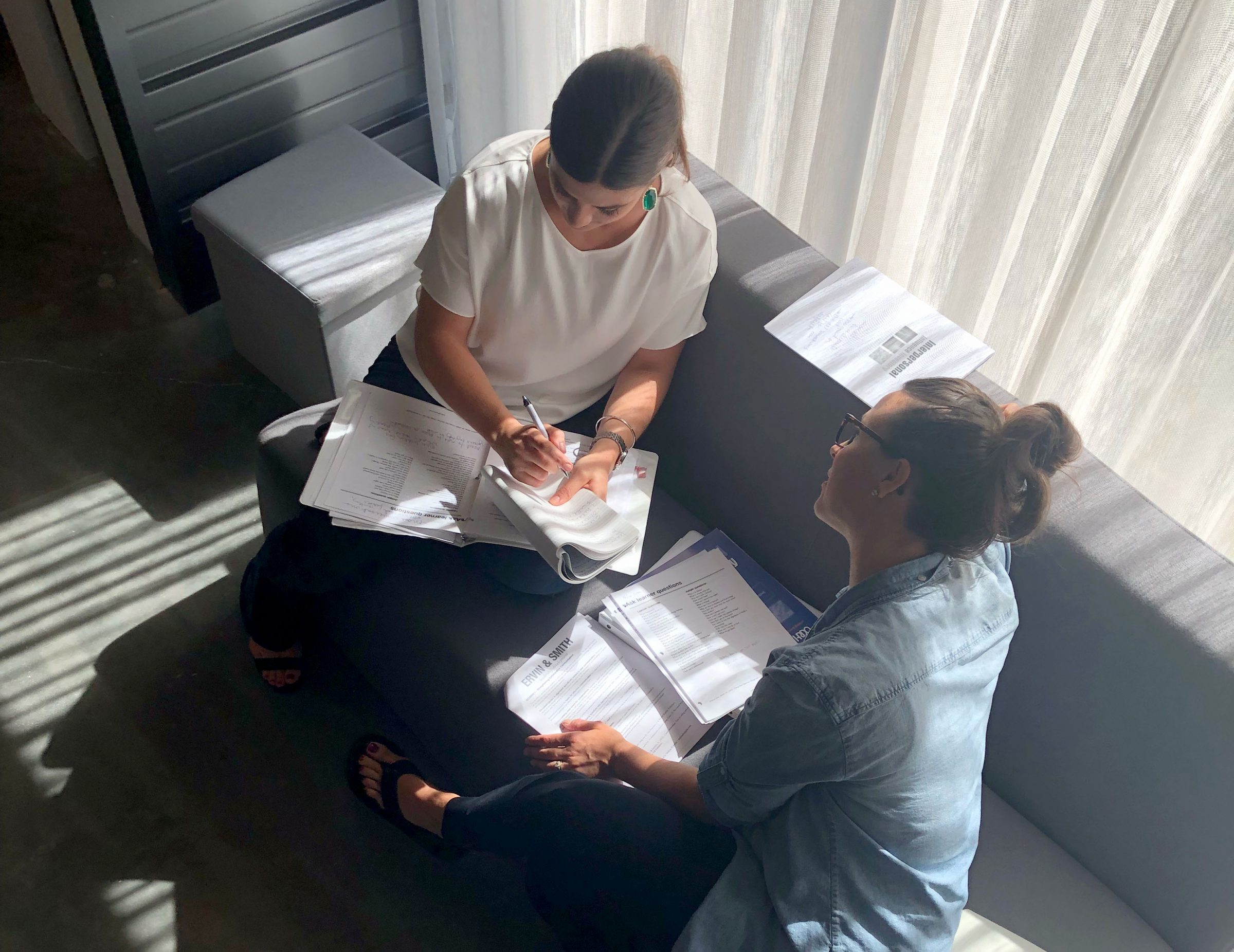 The 3% Conference wrapped up last week in Chicago, and by all accounts, it was as powerful and empowering as ever. Its presence in my news feed got me thinking about my 3% Conference experience a few years back. I had been the creative director at Ervin & Smith for 10 months when I attended in New York City. I’d recently moved back to Omaha, my hometown, from NYC and joined the mostly female leadership team at Ervin & Smith alongside President and CEO Heidi Mausbach and CMO Katie Kemerling.

I was understandably looking forward to hearing from powerful women like Cindy Gallop and Kat Gordon. They, and other amazing presenters, spoke passionately about the need to make space for women in creative leadership and to fight back against the outdated and oftentimes abusive cultures that run rampant at many agencies. I nodded in agreement, of course. But it was about halfway through the conference when I realized … These are not my daily problems anymore.

I HAVE a seat at the table in an agency led by and made up of mostly women. When I worked to build out the rest of my creative team, I had to intentionally seek out diversity in order to get MALE perspectives in the room. I feel very strongly that it has to be women and men to push creative to the next level and drive business forward. You need that combination of perspectives, attitudes and life experiences (and sometimes healthy conflict) that comes with a diverse group of people.

So while the key challenges of the 3% movement (lack of female leadership and discreet or overt sexual harassment) weren’t applicable to me anymore, that didn’t mean I had nothing to do after the conference. I still had everything to do. It got me thinking about how to expand representation and opportunity so that other women and men could benefit from the amazing type of environment we’ve fostered here at Ervin & Smith.

In light of my experience as a creative director in the “boys’ club” agencies of New York, and with toxic agency cultures still making headlines on the regular, there’s plenty for women in leadership to tackle. The theme of this year’s 3% Conference was Bring It. Here are a few ideas I have to Bring It in 2019:

When the 3% movement came along in 2011, only 3% of creative directors were women. That number is up to 11% in 2018—not there yet but moving in the right direction, especially considering this stat from Bloomberg:

“Women drive 70-80% of all consumer purchasing, through a combination of their buying power and influence. Influence means that even when a woman isn’t paying for something herself, she is often the influence or veto vote behind someone else’s purchase.”

I’m going to go out on a limb and say that no CEO wants to leave that much money on the table.

Global professional services firm EY says that, “Over the next decade, the impact of women on the global economy will be at least as significant as that of China and India.” Talk about women as the next big emerging market, and your C-suite will listen.

When you include women in the leadership of your advertising and marketing, they can help teams best understand this audience and create better work.

2. Foster this attitude in the next generation.

One of our graphic designers spearheaded efforts to establish the very first collegiate chapter affiliated with the 3% Conference in her junior and senior years at the University of Nebraska–Lincoln. This kind of ambition cannot be ignored. Young women have to be proactive rather than reactive; this is their future, after all. As a leader, instill ownership in young female professionals to seek out opportunity rather than wait for it to fall into their laps. Mentor them, support them in their growth and development, and continue to encourage them to take risks and take the lead.

For young men, show them what thoughtful, compassionate and (hype word of the decade) vulnerable leadership looks like so that they have a better example to aspire to. More importantly, though, have the inclusion conversations early and often. Teach them to recognize that a room full of people who look, think and act exactly like them should be a warning sign that their creative work could fail to resonate with their audiences. At a bare minimum, give them the tools to speak up if anyone (minority or not) is being passed over or harassed because of bias.

At Ervin & Smith, we’ve recently expanded our leadership development program from our director team to 13 men and women based on our core belief that “leadership” doesn’t come from a title but, instead, can and should happen at every level. Focus on hiring the top talent and individuals with a growth mindset to build your culture and your business. Then, continue to nurture and challenge them. With a focus on growing resilient, mindful leaders, diversity can thrive along with the business.

You’ve got a seat at the table? Great! Never settle. And add more chairs.

Go back to Industry