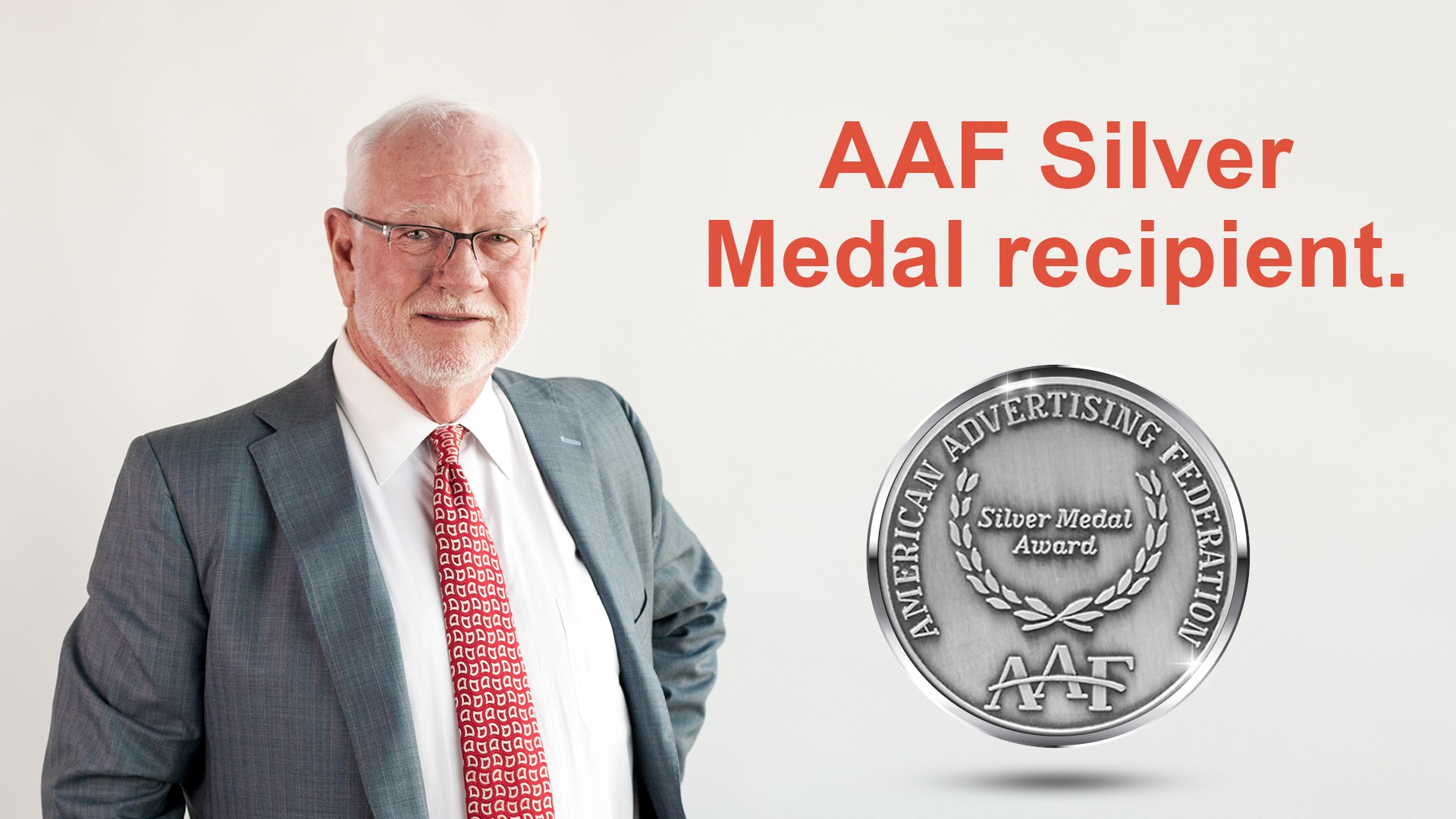 We are excited and proud to announce that Doug Smith, founder and executive chairman of Ervin & Smith, has been selected as the 2023 recipient of the AAF Silver Medal award.

This annual award recognizes those who have made outstanding contributions in advertising and are active in furthering the industry’s standards, creative excellence and responsibility in areas of social concern. This is the highest honor presented by AAF and is considered the equivalent of a lifetime achievement award.

Doug is an award-winning storyteller and journalist who spent nearly a decade creating compelling, emotional stories as a reporter at The Sun Newspapers of Omaha and The Omaha World-Herald. It was during this time that he and his team of four other journalists were awarded the Pulitzer Prize for Investigative Journalism.

In 1979, Doug transitioned from traditional journalism to the marketing agency world where he worked alongside brands as a copywriter and account executive. Only four years later he, alongside Pat Ervin, founded Ervin & Smith, a marketing agency that specializes in solving complex business problems with results-driven strategies, media, creative campaigns and brand design.

His reputation for outstanding client service and thoughtful, effective marketing helped him secure clients within the agency’s first week of business—one of those being his former employer turned competitor.

Doug believes that a vibrant Omaha economy and a thriving ad community are essential to each other. He has volunteered countless hours through community boards and organizations such as the Elmwood-Murdock School Board, Goodwill Industries, Boy Scouts of America and AfrOmaha.

“Doug’s contributions to the advertising industry and his community-centric mindset truly embody this award,” said Ann Woodford, AAF Nebraska’s chairwoman of the board. “We are thrilled to honor Doug and thank him for his continued support.”

Ervin & Smith continues to benefit from the strong foundation Doug built and has been recognized by organizations such as Ad Age, AIGA Nebraska, PRSA Nebraska, HubSpot and The Greater Omaha Chamber for its outstanding work, leadership and workplace culture.

“I of course must share this credit with so many great colleagues and clients that I’ve had the pleasure to work with over the years,” said Doug. “Thank you to the hundreds of people who have made this possible and to AAF for this honor.”

Doug will be honored during the American Advertising Awards “Creative Nebraska” at the Strategic Air Command and Aerospace Museum in Ashland on February 10, 2023.

Congratulations on this esteemed and well-deserved achievement, Doug!

Go back to E&S Culture